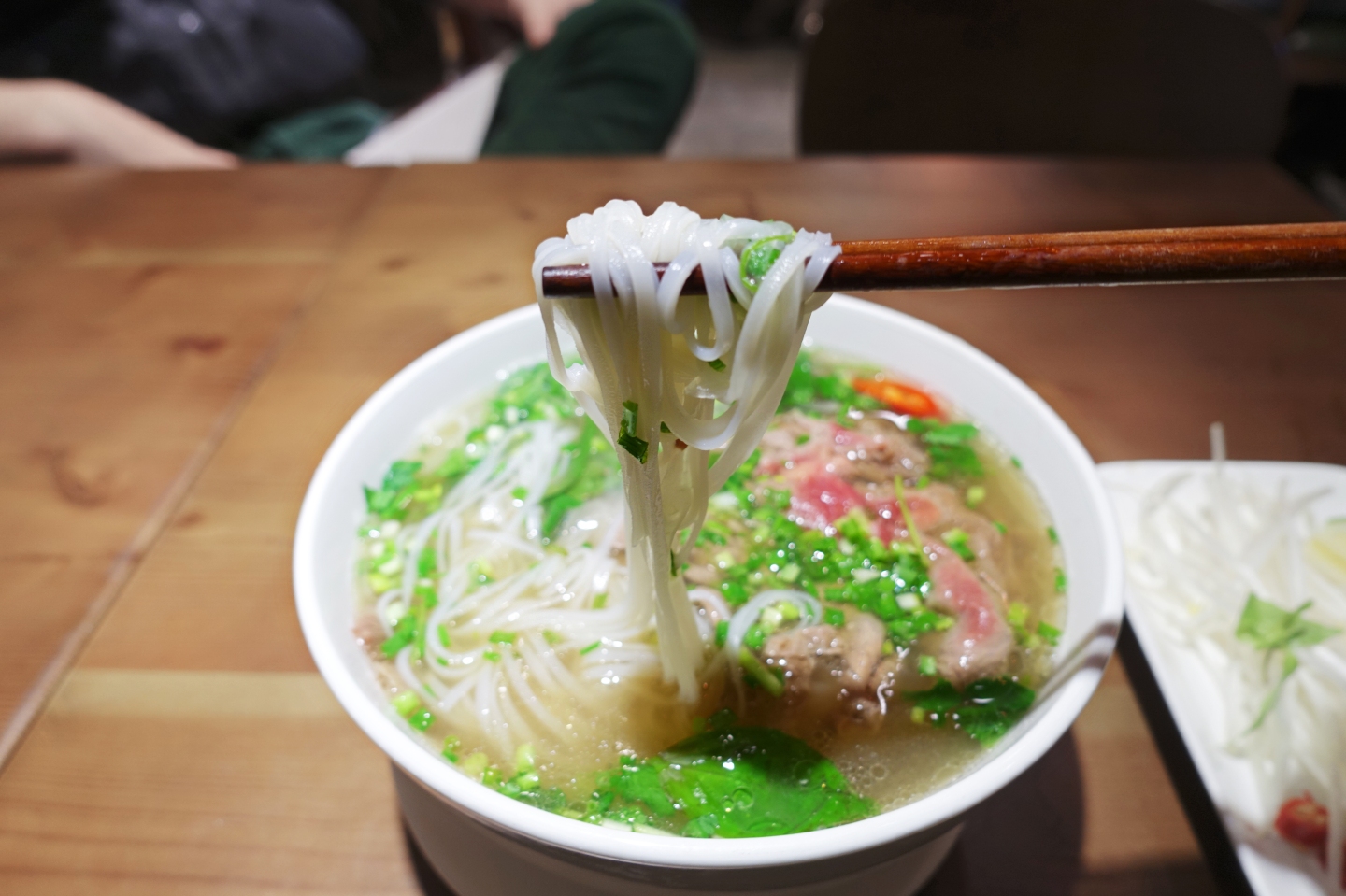 Good pho in Shanghai has been hard to find until now. If you’re willing to make the trek to the Starlight Mall in Hongqiao, you’ll find the recently opened LA Pho. I’m from LA and am used to having several options for good pho, so I was excited to try this place.

The restaurant is located in the basement of a mall but it doesn’t feel like you’re trapped on the bottom floor. LA Pho’s casual décor is modern and clean with pops of neon green color and bright red bottles of Sriracha on every table. Even at the peak of lunch, we were able to get a table with no problem. The food came out fast, and the service was good. I would urge you to get past the fact that it’s in Hongqiao and give it a try. It’s really not that far.

Out of the 20 or so pho options, I opted for the one with raw beef & cooked beef. Everyone knows that good pho is all about the broth and this was pretty tasty. It was simple and light but packed with beefy flavor. I especially liked that the rice noodles were thinner than most places in the city. The bowl was topped with usuals: green onion, cilantro, white onion and thin slices of raw and cooked beef that were tender and tasty. Recommended.

This isn’t the ‘banh mi’ sandwich you find in Vietnam, but it’s pretty tasty. The pork is tender and the cucumber and radish slices add a nice crunch. With three sauces to choose from, I went for the ‘spicy Thai’. It wasn’t spicy, but had those nice Thai flavors. Recommended.

Fried spring rolls are a classic side dish to pho. This one was pretty tasty but a bit overly fried. Perhaps it was just a one-time thing? I’d try it again. Recommended.